"Blair the Big Black Crappie" caught on March 1, 2013 while on guided fishing trip with www.BigCrappie.com!  Blair was taken to Texas Fresh Water Fisheries for Official weight and measurements. Blair is now happily swimming around in her new tank, on display for all to see at the Texas Freshwater Fisheries in Athens.

Per Texas Parks and Wildlife

This HUGE cat was caught on November 29, 2012 while on guided fishing trip.

Emily Campbell of Plano caught this 25.25 inch long Hybrid Striper that weighed 7.66lbs. The fish was caught on 11-25-08 using 6lb line and a crappie jig while crappie fishing

Below is a picture of Guide Chuck Rollins and Emily with her record fish! 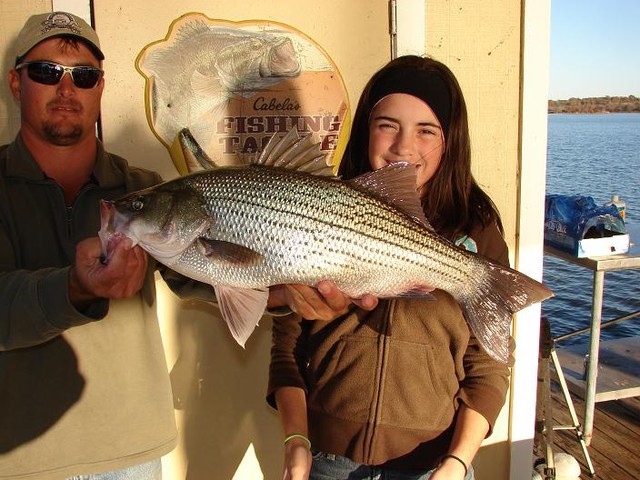 Five year old Michael Stroud from Van, Tx caught this 6.49lb Hybrid Striper while fishing with www.BigCrappie.com Guide Service. The Hybrid Striper is an official new Jr Angler Lake Record. It was a whopping 24.25 inches long and weighed in at 6.49 lbs.

It was caught on a 3/4 ounce spoon in 20 ft of water on 8-27-08  Michael hooked and reeled in the fish on an Abu Garcia spinning reel & an Ugly Stick rod spooled with 15lb test line. The fish fought 5 year old Michael about 5 minutes being landed. This picture is courtesy of www.BigCrappie.com Guide Service. To learn more about catching big fish give them a call at 903-288-5798.

Below is a picture of Michael Stroud holding up the fish.

Behind him is guide Chuck Rollins of BigCrappie.com Guide Service. 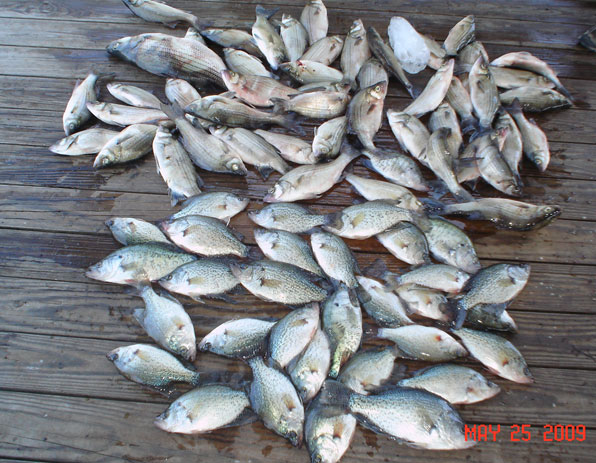 Give the perfect gift this summer with a fishing trip gift certificate!

Would like to commend guide for how he handled the bad weather and cold occupants.Guide was so considerate and helpful even giving up both of his jackets. Our entire group wants to say thank you

My dad had a great time and is ready to go again.My daughter loved the trip also.I cannot express my appreciation for the way you took care of us.Outstanding.Planning another trip for next year.

Holland and I just wanted to tell you we had so much fun fishing with you....and it won't be the last time. It was a pleasure to spend the day with you, and get to meet Laurie.

Our trip was great.The 3 of us had a blast fishing even in very windy conditions.You are one of the best, courteous and knowledgeable guides Iv'e had the pleasure to fish with.Always offering tips.

Thank you! My friend has already booked another trip. Great fun and our guide is a very good fishing guide!!

Went out on a crappie trip and had a great time. My friend fishes very little and I was worried he wouldn't be able to catch anything. They walked him through the moves and coached him along the way.